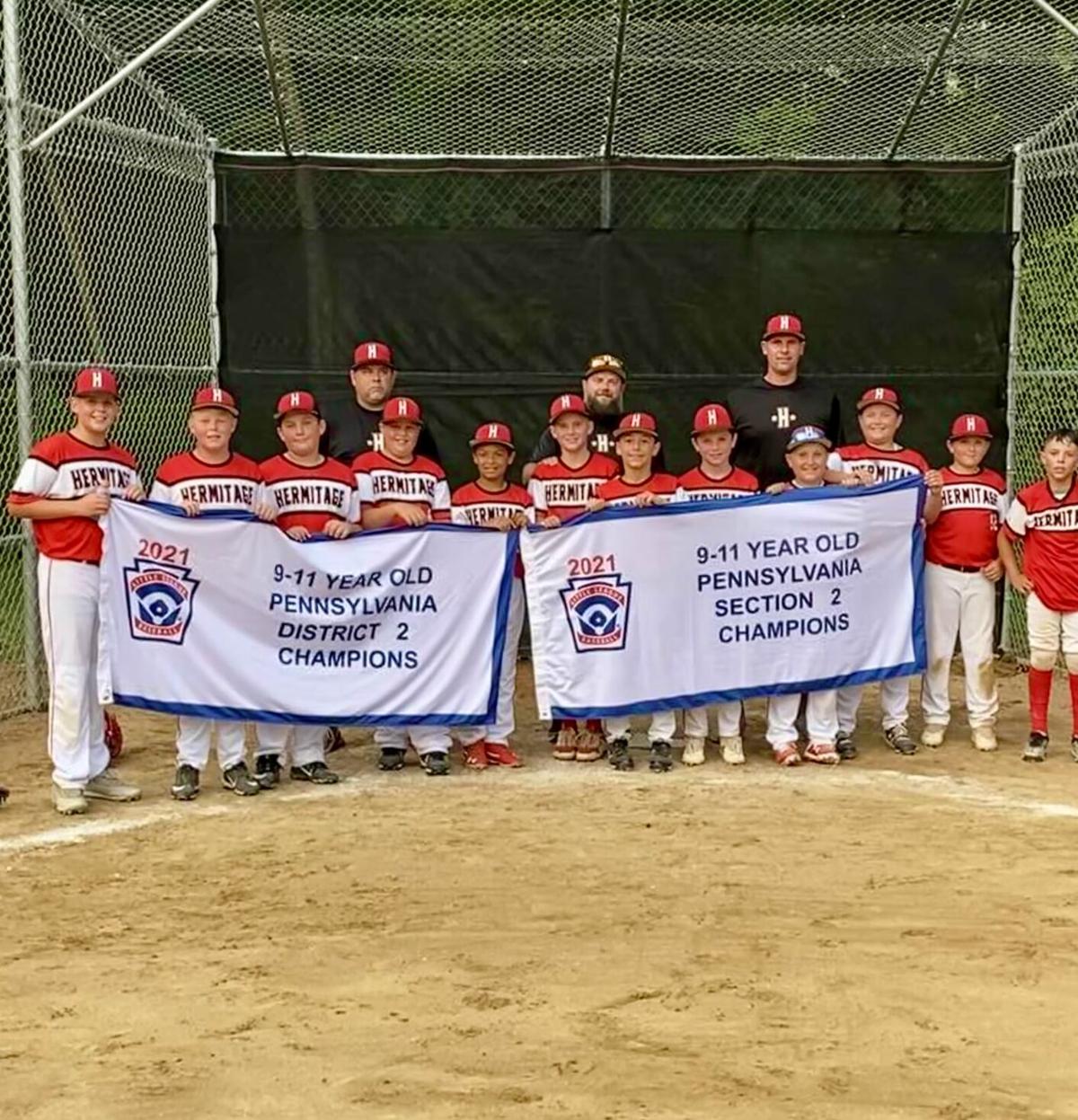 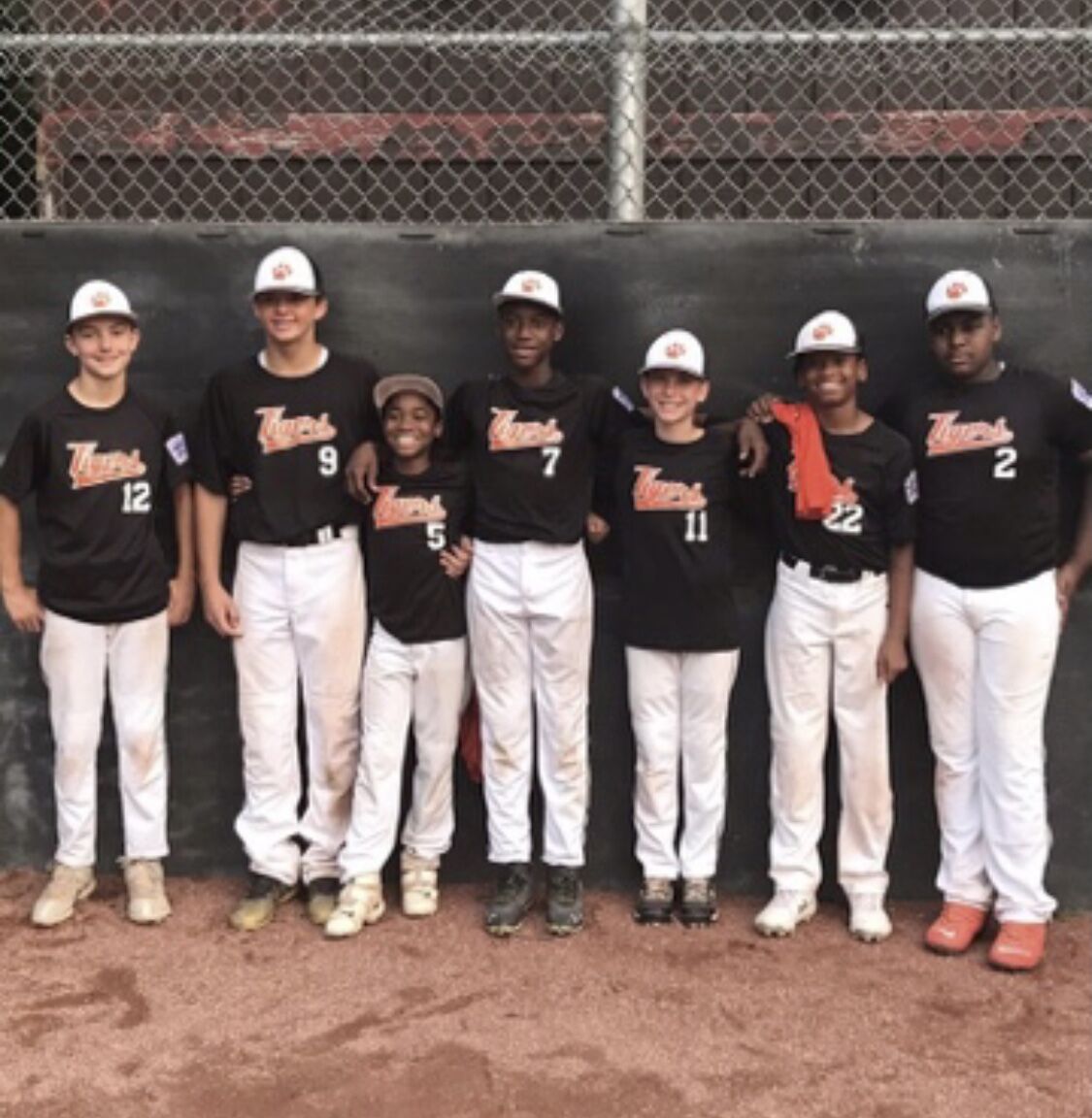 Hermitage Minor Division (11-U) All-Stars completed its 3-game domination of the Pennsylvania Section 2 Tournament with an 8-5 win over Norwin.

Hermitage outscored its trio of opponents, 22-5, in the tourney.

In Monday’s win, Dante Evans’ 230-foot, 3-run home run helped Hermitage assume a 5-0 lead in the 2nd stanza. Evans’ 4-for-4 plate performance also included 5 RBIs, including a 2-out, 6th-inning double off the center-field fence that afforded Hermitage an insurance run and 8-4 edge.

Breit boasted a complete- game pitching performance in which he whiffed 3, walked 2 and weathered 10 hits, though allowing just 1 earned run.

• Sharon 7, Bullskin 3 – At Vic Hughes Complex, Grove City, in the Section 2 tourney elimination tilt Sharon was powered by the pitching of starter Carter Fertig, who tossed 5 frames. He allowed, 3 runs (2 earned) on 6 hits and 2 walks, while whiffing 2. Nick Fromm closed out, striking out 2 in a hitless, scoreless inning of relief.

Sharon rallied from an early 1-0 deficit by tallying a trio of 3rd-inning runs, then securing a 4-spot in the 5th frame.

By virtue of the victory Sharon advances into the Section 2 championship game against undefeated Norwin. Sharon would have to win twice in the double-elimination finals.

• Norwin 6, Sharon 2 – At Vic Hughes Complex, Grove City, in the Section 2 Tournament opener Sharon scored in the 1st and 5th frames, but Norwin notched 2 runs in the 2nd, 3 in the 3rd and a singleton in the 4th frame. Norwin had 7 hits.

All teams competing in the Section 2 tournament played a doubleheader on Sunday owing to wet weekend weather and playing conditions.

• Connellsville 8, Sharon 6 (8 inn.) – Sharon was eliminated from the Section tournament as District 9 Connellsville rallied from a 4-0 deficit.

Connellsville commenced its comeback in the 5th frame, taking advantage of a couple of Sharon miscues and Noah Zawislan’s 2-run home run, squaring the slate at 4. In the top of the 7th, Zawislan’s double scored Tyler Burkus, but Sharon’s Perks pounded a solo shot to forge a 5-all stalemate in the 7th stanza.

For Sharon, Jazya Hueston pitched 4 2/3 innings and Salvatore Donatelli closed out. Gavin ripped 3 singles, Fertig 2 singles, Perks a single and ending his Little League career with a homer, and Jazya Hueston a singled.

Combining for Connellsville on the mound were Jake Monosky (3 innings) and Xander Newmeyer (5 innings).