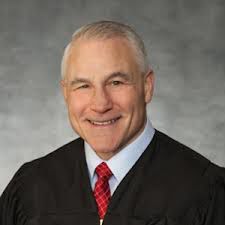 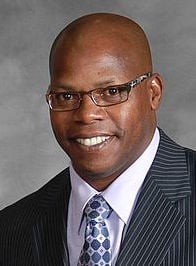 Former Cleveland Browns outstanding linebacker Dick Ambrose said he would come to speak at the Mercer County Hall of Fame when his friend and former teammate Judson Flint was inducted.

This is the year!

Flint was to be inducted last year, but took ill and passed away a few months before the 2019 banquet. So the former Farrell High great is this year’s posthumous inductee and Ambrose will be the guest speaker.

Another former Browns great and friend of Flint’s through the Browns Alumni Association, will attend to meet-and-greet banquet goers.

Flint is joined by a group of 10 other former athletes and/or coaching greats to be enshrined in the oldest local Hall of Fame in the World at 6:30 p.m. Saturday at The Park Inn by Radisson, near West Middlesex.

Others to be inducted are:

Ambrose, now a judge in Cuyahoga County Common Pleas Court, played for the University of Virginia and was drafted by the Browns in 1975 in the 12th round.

He played 10 seasons with Cleveland as starting middle linebacker until injuries eventually ended his career. He was nicknamed “Bam Bam” for his agressive, hard-hitting style.

He was part of the 1980 “Kardiac Kids” team that won the division title, but lost in the playoffs to the Oakland Raiders.

He was inducted into the Greater Cleveland Hall of Fame in 2006.

Lanny Frattare, former “Voice of the Pittsburgh Pirates” and the “Voice of the Mercer County Hall of Fame” for more than 30 years will be back as master of ceremonies.

There are still a few banquet tickets ($40) remaining. Contact Matt Vannoy at mjvnoy@gmail.com.

Each day this week, The Herald will publish sports biographies of two of the inductees.