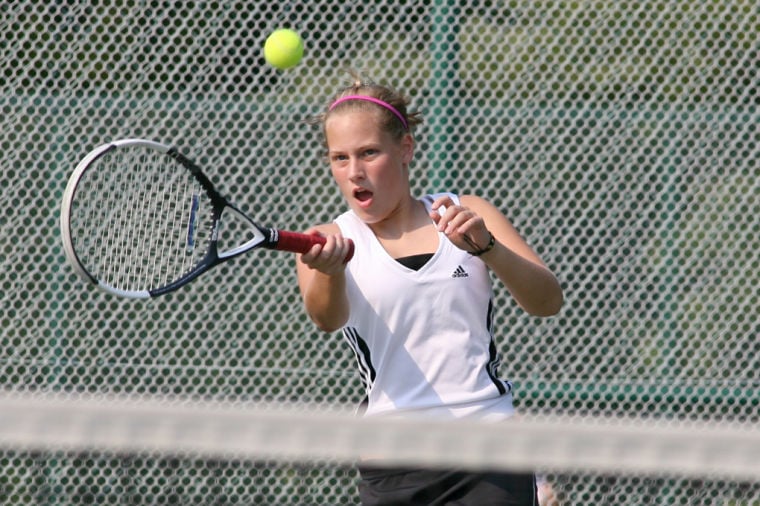 Sharon's Arica Christman is pictured in a recent match against Grove City. 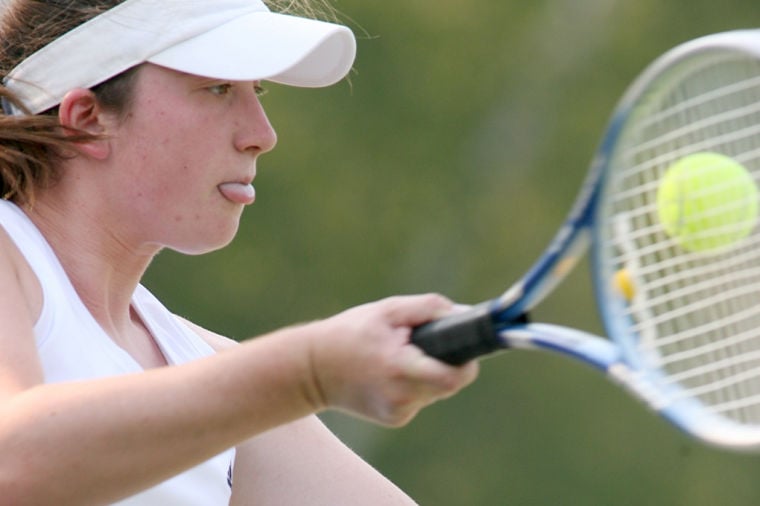 Sharon's Christine Kuester is pictured during the same match. 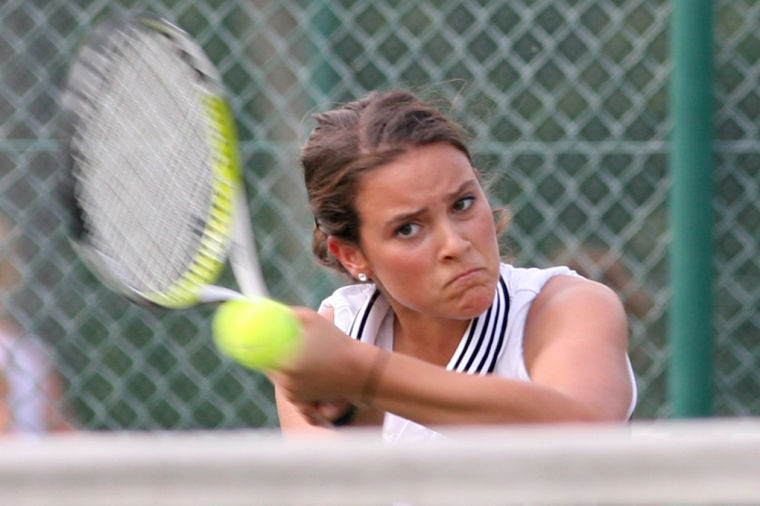 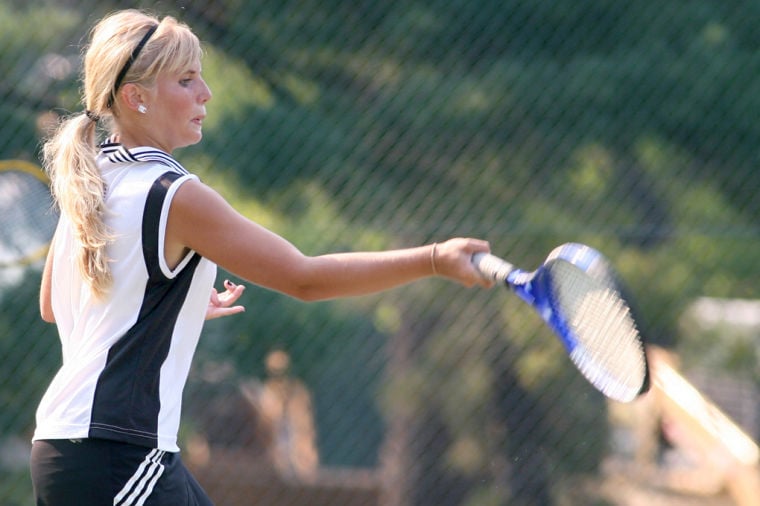 Sharon's Arica Christman is pictured in a recent match against Grove City.

Sharon's Christine Kuester is pictured during the same match.

Herald Staff reports Sharon High’s Arica Christman and Christine Kuester advanced to the semifinals of the District 10 Class AA Doubles Tournament on Wednesday at Pennbriar Athletic Club in Erie. Christman-Kuester suffered a 7-5, 6-7 (7-4), 6-4 loss in the semis to Fairview’s Christina Ranalli and Leslie Durante. Ranalli and Durante went on to lose to Mercyhurst Prep’s Rebecca Haener and Griffin Currie (6-3, 6-0) in the finals. Haener and Currie are the defending D-10 and PIAA champions. A pair of Grove City teams and one from Hickory made it to the quarterfinals. GC’s Danielle Delligatti and Caity Trent fell, 8-0, Ranalli and Durante. Grove City’s Megan Kays and Kellee Faulconbridge suffered an 8-2 loss to Haener and Currie. In the quarters, Christman-Kuester ousted Hickory’s Anna Wallace and Carly Fleming.